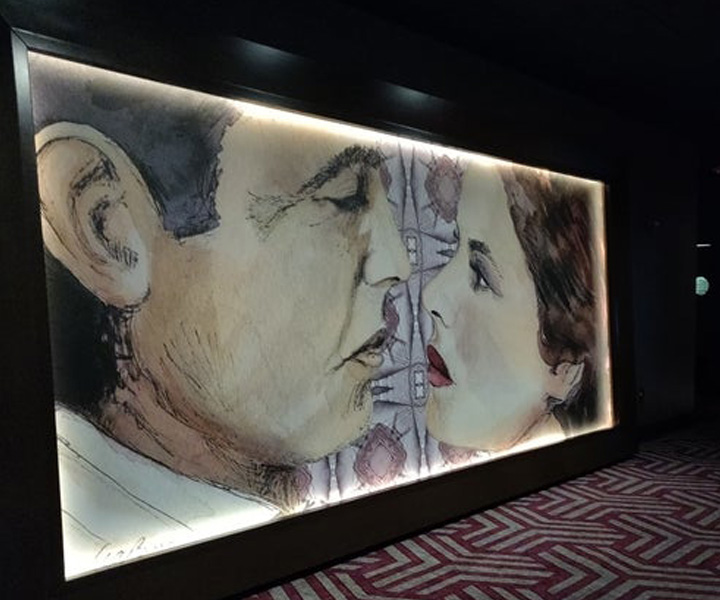 For the first time, Showcase SuperLux has added an art exhibit and live music in addition to fancy movies.

CHESTNUT HILL, MA — There's a new art gallery in town. And this art gallery has a bar, a lounge and live music. Oh, and it's at a movie theater. Showcase SuperLux just partnered with Boston-based LuminArtz, a nonprofit that works with local artists, to create public art to be featured in the theater's lounge-turned-gallery.

The arts program will also feature a series of live musicians that will perform in the theater's lounge every Friday and Saturday beginning this month.

Burke's paintings, typically in pen and watercolor, are often inspired by elements of nature and the human form. She told Patch this commissioned series included the largest work she's done to date.

"It was challenging and exciting," she said of the project.

The "SuperLux Lounge" features that new digital display wall, shuffleboard table and all new furniture. And there's a cocktail bar that they're pretty proud of, too.

But that's not all.

Why? The theater is not just for the movies anymore. Organizers said they noticed there weren't many options for live music and art, and with their space they were inspired to use it to promote local arts. Now, they want folks to know there's a new option in town for a night out before, after or even in lieu of a movie, here.

The SuperLux put out the word they were looking for digital artists when founder of LuminArtz saw it she happened to come upon a painting Lia Burke did of actress Faye Dunaway and knew it could be perfect. She connected Burke's work with local video artist Pamela Hersch to digitalize the painting, and the movie theater officials loved it. Showcase SuperLux now displays the digital rendition of Burke's work on a new digital display wall in the theater's lounge. The hard copies of portraits line the walkway to the movie rooms.

Boston artist and Newton resident Will Dailey a seven-time Boston Music Award winner, is helping the theater curate the weekend music. Daily knows his stuff, he's shared the stage with Willie Nelson, Steve Earle and Eddie Vedder. He's the man behind Fenway Rooftop Sessions, where he brings musicians to perform at the ballpark. He's passionate about creating ways to connect music lovers with live music. He told Patch, although he hadn't ever brought musicians to perform at a movie theater before, it wasn't a stretch.

The movies, after all, are place thousands go daily to see moving pictures and art, are they not? 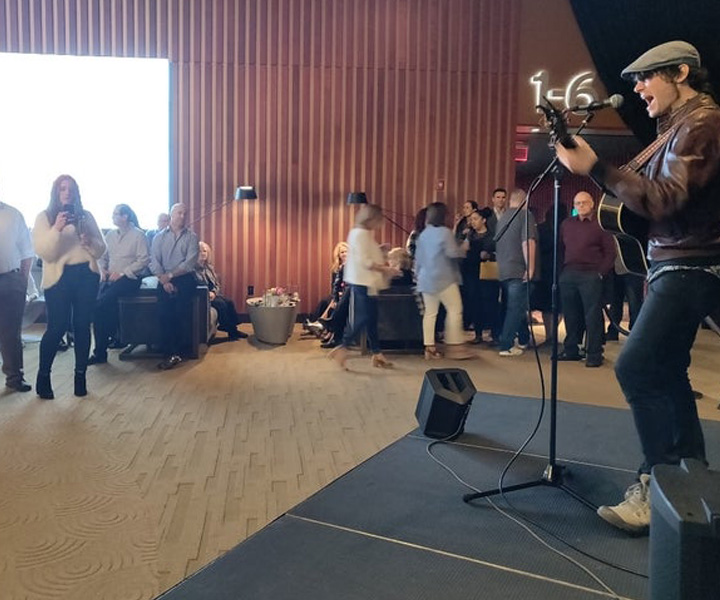