BOSTON, July 15, 2021 /PRNewswire/ -- The Boston Celtics today announced their official partnership with Showcase Cinemas, making it the team's official movie theatre partner. As part of the multi-year partnership, Showcase Cinemas will provide Celtics fans with a wide array of exclusive movie offers and promotions throughout the course of the season. 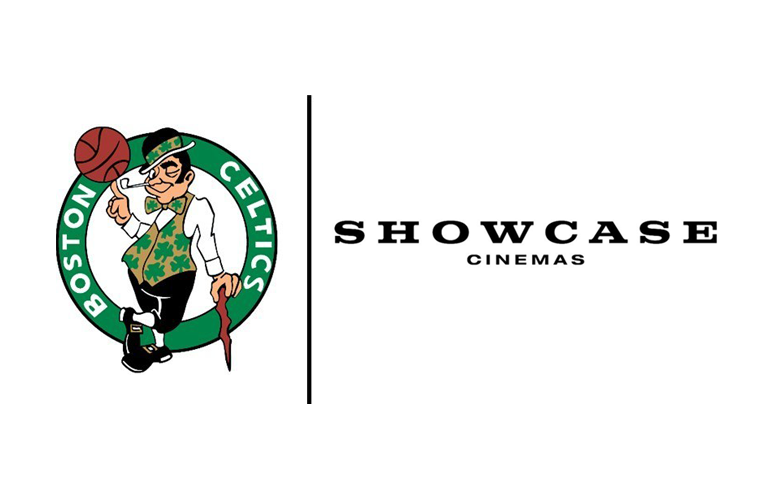 "Our business is all about entertainment and teaming up with Showcase Cinemas will allow us to reach fans in a variety of different ways through unique promos and events," said Senior Vice President of Corporate Partnerships & Business Development Ted Dalton. "There's no better way to begin the partnership than getting our fans back to the big screen for tonight's season ticket member event."

Showcase Cinemas, a world leader in the motion picture exhibition industry, will provide fans with special promotional offers in connection with Celtics away games, including the chances to win tickets to movie screenings and other prizes. The partnership kicks off today with Showcase Cinema's special screening of Warner Bros.' "Space Jam: A New Legacy" for Celtics season ticket members. The Celtics and Showcase Cinemas will also partner to promote National Popcorn Day (Wednesday, January 19, 2022) and National Movie Theater Day (Saturday, April 23, 2022).

About the Boston Celtics

A charter member of the Basketball Association of America (which evolved into the National Basketball Association) since 1946, the Boston Celtics have won a record 17 NBA Championships, including eight (8) in a row from 1959-1966, winning their first title in 1957 and their most recent in 2008. The Celtics have long stood for equality and respect, including hiring the first African American Coach and starting the first all black starting five. In addition, 39 former Celtics players, management or staff have been inducted into the Naismith Memorial Basketball Hall of Fame. In December 2002 the team returned to local ownership for the first time since 1963. For more information on the Celtics, log on to www.celtics.com.

Showcase Cinemas is a world leader in the motion picture exhibition industry, operating more than 828 movie screens in the U.S., U.K., Argentina and Brazil under the Showcase, Cinema de Lux, SuperLux and UCI brands. With 22 theater locations in the United States, Showcase Cinemas delivers the finest entertainment experience, offering the best in viewing, comfort and dining. For more information about Showcase Cinemas please visit our website at www.showcasecinemas.com.