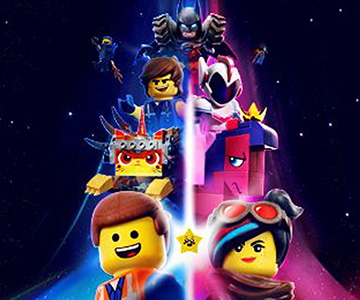 Coming a few weeks after “Captain Marvel’s” advance sale launch, this week’s hot, new advance ticket is Warner Bros’ “The Lego Movie 2: The Second Part.” Early tracking is showing the film to open in the $44 to $55 million range, so there definitely is growing anticipation for this movie. The direct sequel to the surprise 2014 movie hit, “The Lego Movie 2” opens February 8 and tickets are on sale now at Showcasecinemas.com!

Lego Movie 2” is opening alongside Paramount’s comedy “What Men Men,” Lionsgate’s Liam Neeson action thriller “Cold Pursuit,” and Orion Pictures’ horror pic “The Prodigy.” All three features will be playing during the second weekend of February to gain a head start on the Valentine’s Day/Presidents Day weekend period.

The highly anticipated “Spider-Man: Far From Home” opens July 4th weekend, which seems like a long way off as we are currently experiencing the worst of winter. That said, if you love all things Spider-Man check out the new teaser trailer. The trailer debut was the biggest digital launch in the history of Sony Pictures -- 130 million views in 24 hours – so “Spider-Man: Far From Home” will definitely be climbing new heights at the box office this summer.

The teaser trailer shows Peter Parker taking off to Europe with his classmates for a much needed vacation — a pleasant plan that falls apart when spymaster Nick Fury (Samuel L. Jackson) recruits the young traveler to fight elemental monsters on the loose in Europe. The trailer also introduces Jake Gyllenhaal as Mysterio, a character whose motivations are as enigmatic as his name.

The new trailer arrives at a time when interest in Spider-Man is swinging very high thanks to the success of Sony’s “Spider-Man: Into the Spider-Verse.” That film recently won a Golden Globe and has just been nominated for an Oscar for Best Animated Feature Film. 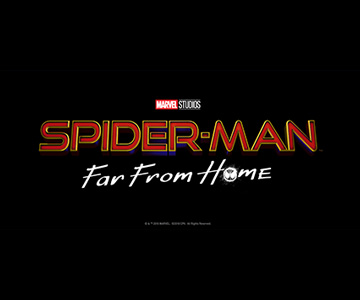 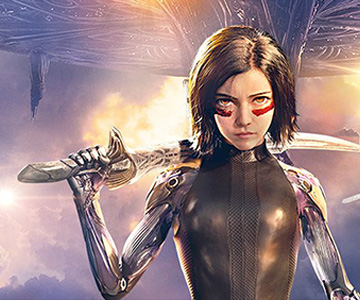 Finally, when it hits theaters this Valentine’s Day, expect the James Cameron and Jon Landau produced “ALITA: Battle Angel” to offer a new level of 3D movie-going immersion never before experienced by audiences. To up the 3D ante, Mr. Cameron, 20th Century Fox and RealD are working hard to ensure that “ALITA’s” 3D quality adheres to the highest projection standards.   The film is based on Yukito Kishiro's manga Gunnm and is directed by Robert Rodriguez (from a screenplay by Cameron and Laeta Kalogridis). It stars Rosa Salazar in the title role, with supporting roles portrayed by Christoph Waltz, Jennifer Connelly, Mahershala Ali, Ed Skrein, Jackie Earle Haley and Keean Johnson.   Although its release date has moved several times, “ALITA” is finally ready for release and promises to hold many enhanced-viewing surprises for February movie-going audiences.   This is one theatrical experience not to miss!